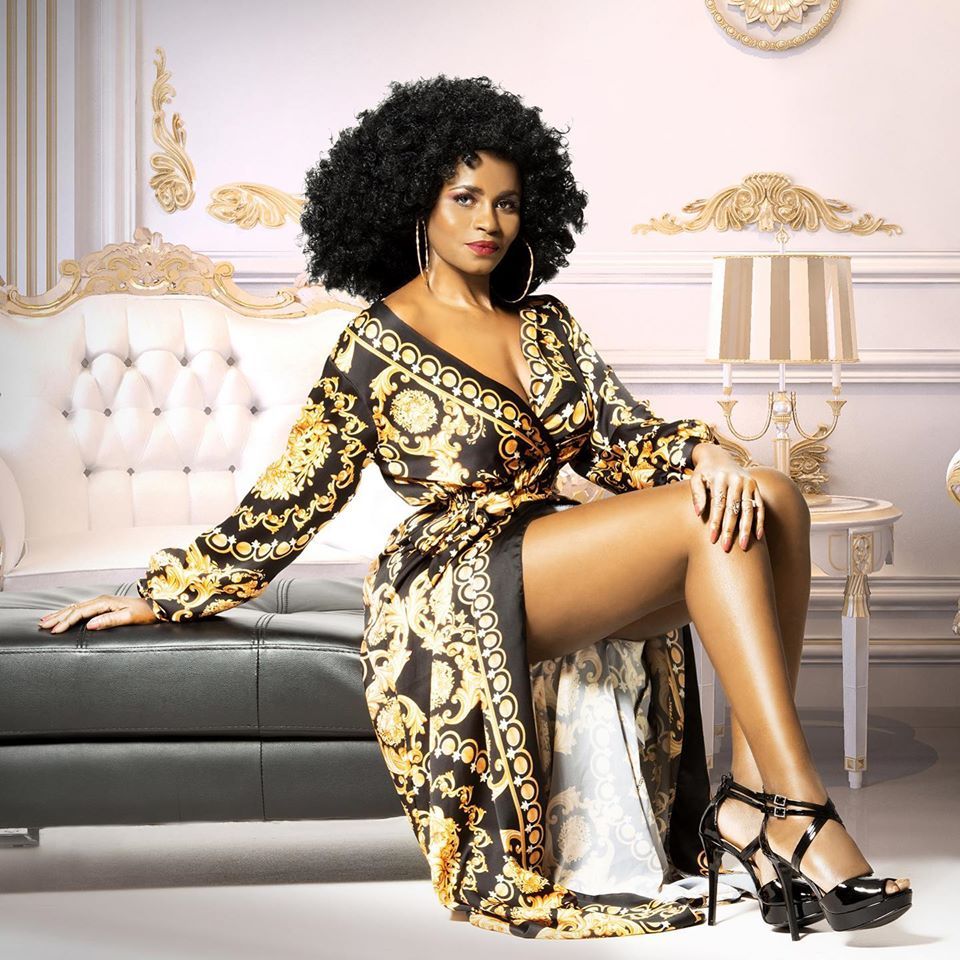 Nomina is living proof that the power of words and music cannot be compartmentalised. This power is not limited by genre or style. The German singer-songwriter from Botswana with the unmistakeable voice gives us new, international, fresh, and vibrant music with African rhythms.

With her first singles "Mamaland" (2016) and "Don't Cry Africa" (2017), she already gained millions of fans,particularly in her homeland Botswana, where she can be heard on the radio and seen in her music videos on TV.

Now she's releasing her debut album "I FOUND MYSELF",which takes us on a journey through passion, fun, misery,pain, hope and love. On the album she shares her soul with the world, and it’s contagious, even addictive. In her inspiring songs we hear a new, unique timbre - the voice of a woman who has been through more than a few difficult times.

The name says it all: Nomina means "I've found myself." Since she was a child - when she lost both her parents - she's been aware of her mission: to motivate disadvantaged people to improve their living conditions. She follows in the steps of her mother, who, from the South African High Commission in Gabarone, supported Nelson Mandela during the first democratic elections in his country.

Nomina is a Motswana. Born in Plumtree, Zimbabwe, and raised with four brothers and sisters in Botswana's capital, she now lives in Germany, where she began her music career after finishing her degree. She started singing in well-known local hip-hop and gospel groups and in hip-hop and R&B studio productions. Later she attracted attention as a soloist in musical theatre, working with famous names from "We Will Rock You", "The Lion King", "Mamma Mia" and "Dance of the Vampires". Live on stage during the African Weeks, at the Peace Festival in Augsburg, the international Reggae Festival in Wulf, and at charity galas in Munich and London, she has delighted her fans.

Nomina is a phenomenal singer and a masterful storyteller ready for an international breakthrough.

LISTEN TO THE INTERVIEW BELOW