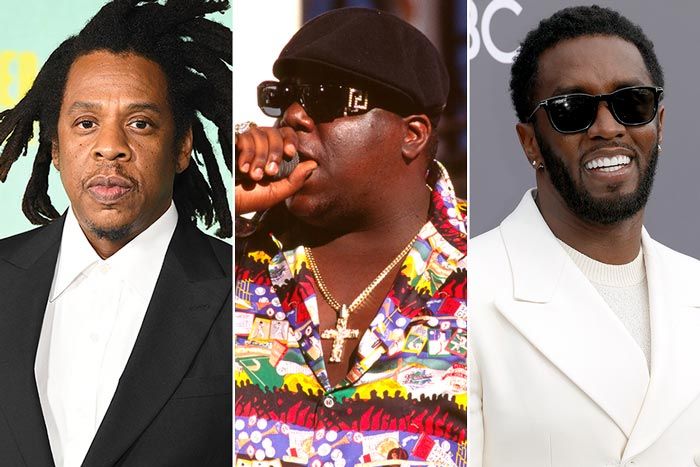 The Notorious B.I.G. would have been 50 years old today.

In honor of his birthday, the King of New York was celebrated by some of his closest friends and collaborators including JAY-Z and Diddy during TIDAL’s “A Toast to BIG” on Twitter Spaces, hosted by Elliott Wilson.

While he was only 24 when he died, he left behind a legacy that will live on forever. “You realize the impact that he made on on the world in such a short time,” JAY-Z said. “Some people live twice as long and won’t accomplish and won’t touch the world in a way that someone like Big did. If anyone can touch the world the way he has, you’ll have a blessed life regardless of the time.”

Hov also reflected on their friendship, which went beyond music. “He was just an incredible lyricist, but even better human being, was super funny. All we did was laugh,” he said. “We talked about serious things in between but everything was based around when we were getting our next laugh. We would work and get that out the way so we could just hang out.”

In 1995-1996, Biggie told JAY-Z that he wanted them to buy two houses next to each other in Atlanta, but JAY-Z couldn’t understand why at the time. “I’m looking like, Atlanta? I’m like, we’re the hottest guys in New York City, like in the world. Why we going to Atlanta?” he recalled. “You think about Atlanta and how influential Atlanta is today, you see how much of a visionary this guy was.”

Diddy, who signed a young Christopher Wallace to Bad Boy in 1993, was asked how he took Biggie from “ashy to classy.” “Man, it wasn’t that hard. He always wanted to really be fly. He had some sensibility and it really came from the Brooklyn style at that time.”

B.I.G. loved to dress in designer clothing, and they were able to find tailors that were able to make fits for his large frame. “He always had the problem where it wasn’t in his size,” said Puff. “Shout to 5001 [Flavors] and all the other tailors that we was able to find that we was able to really, really get him real drippy. He was basically like, ‘I wanna dress like a skinny ni**a, I wanna dress like you.'”

“He was fly on his own so it was a great time in fashion,” he added. “Fashion was a big part of his shit, the way he looked.”

His confidence was also on display in his flow. Diddy brought him records like “Mo Money Mo Problems” and Big was able to adapt. “He could only make music that was coming from his heart,” said Puff. “I knew I could give him the shiniest record that would make people feel good and he’d be able to still bring it where it was relatable to the people we were making our music for, which is people in the hood.”

Added Diddy, “That’s a beautiful example of his song arrangement, of his artistry, and also that other side of him too. He could flow at that frequency because he was a cat that really wanted to have fun all the time.”

Tonight, the Empire State Building will be lit up red and white in celebration of Biggie’s birthday. The MTA is also releasing special edition Biggie MetroCards, which will be available at subway stations near his old Bedford-Stuyvesant neighborhood.